Ships2Shores and the Centre for Ocean Ventures & Entrepreneurship are excited to announce a new series: Full STEAM Ahead. Full STEAM Ahead gives Grade 6-9 students the opportunity to ‘go to work with’ some of the coolest marine professionals working in Canada, while also engaging in arts & culture activities. The result is an all-round STEAM experience!

In the first half of each session, professionals will give students a tour of their workplace, cover the day-to-day aspects, explain what led them to their profession, and debunk common misconceptions about the marine sector. In the second half, we will invite Canadian musicians, artists, and storytellers from various backgrounds to engage youth in creative activities, intended to increase cross-cultural awareness and awareness of Canada’s maritime history! 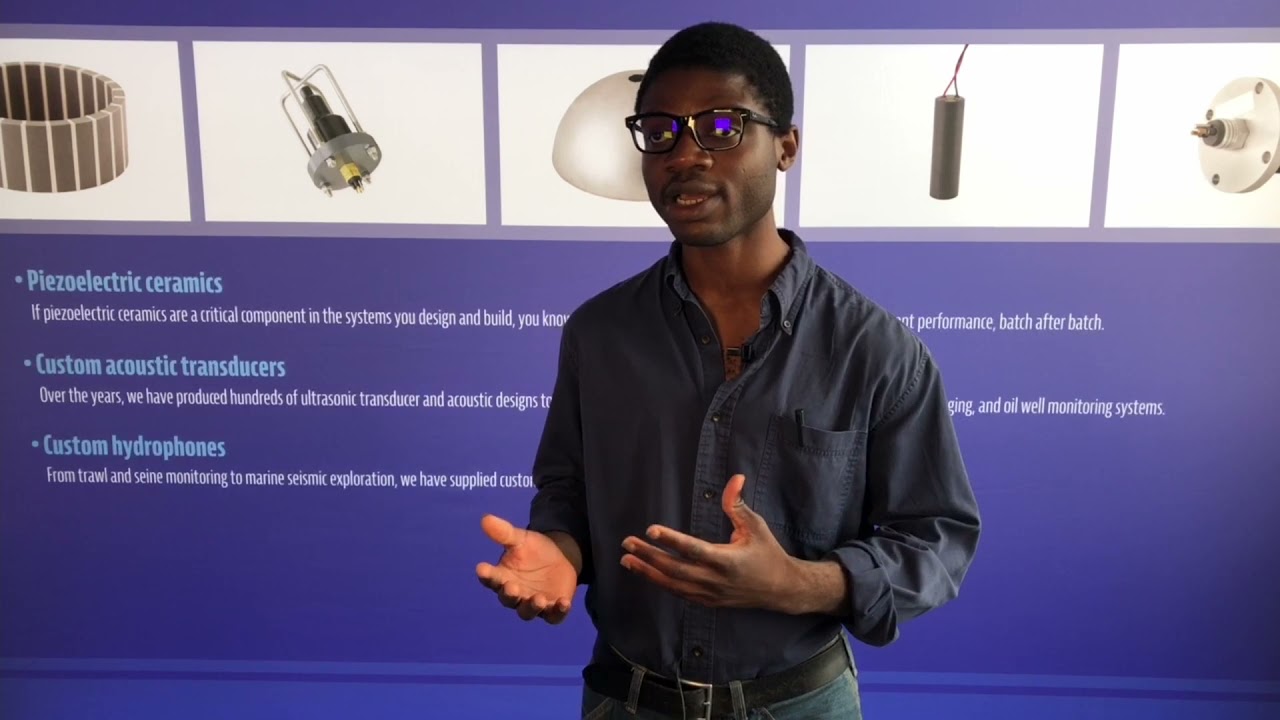 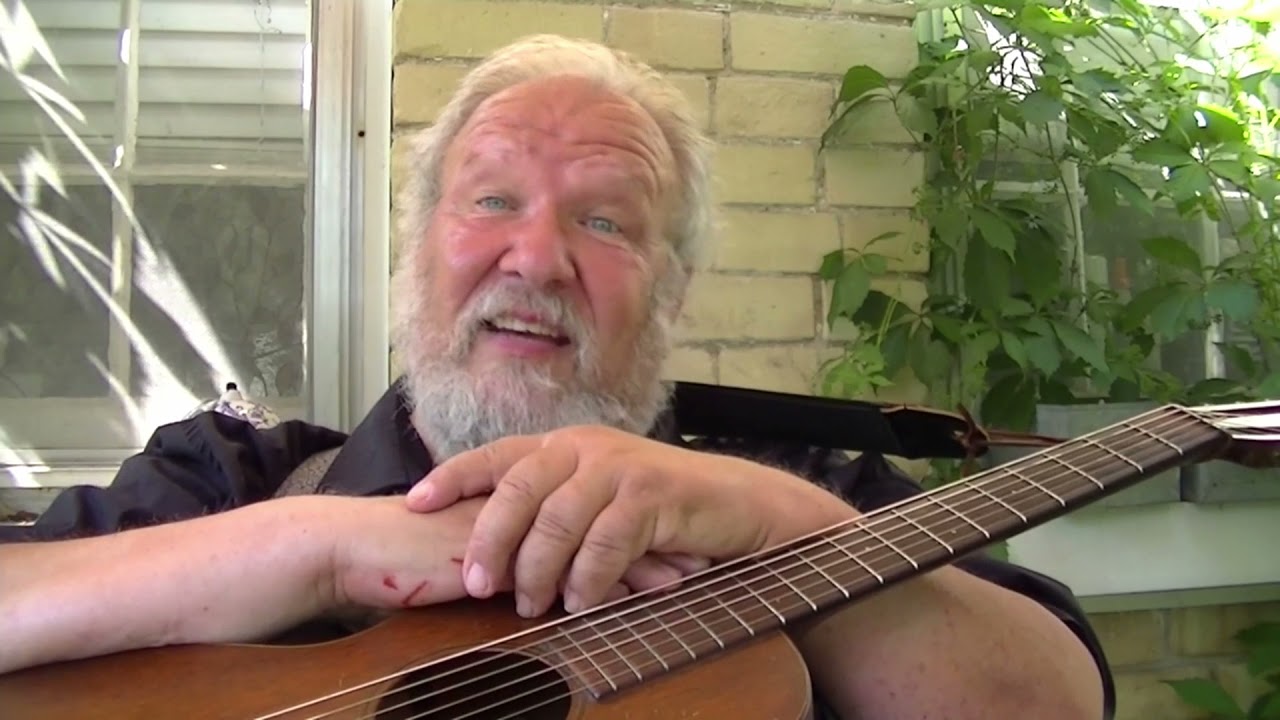 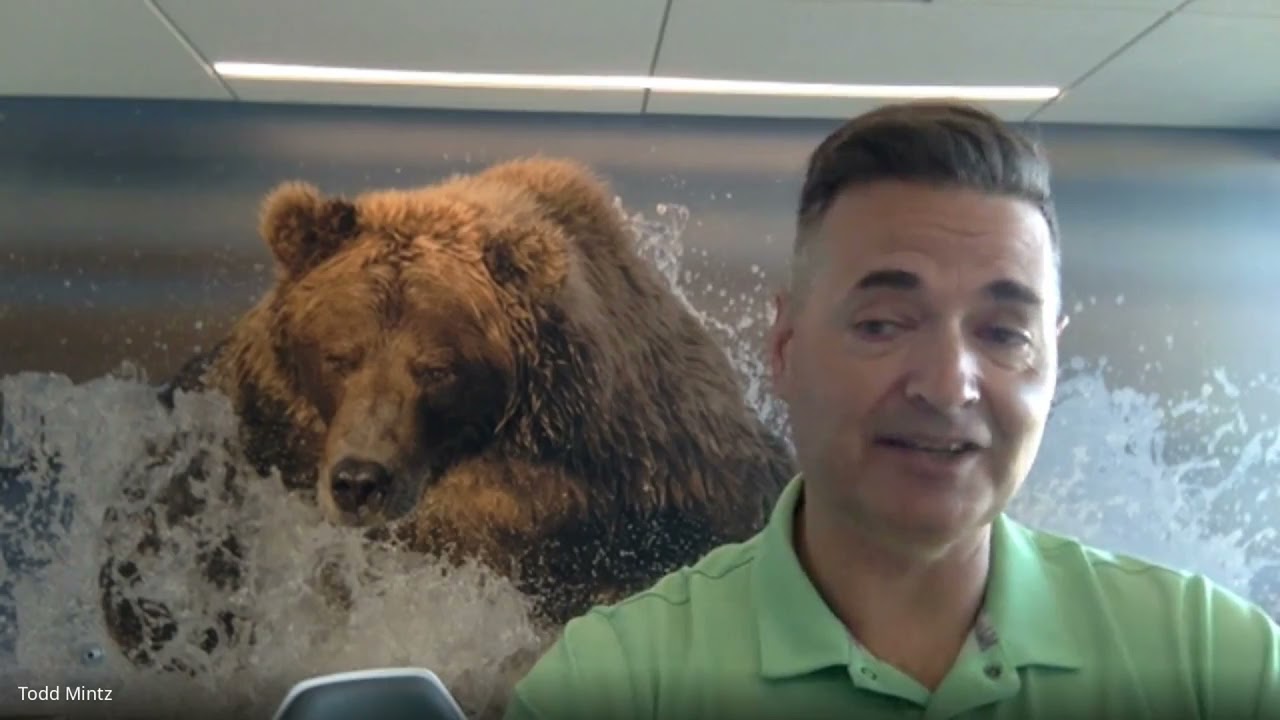 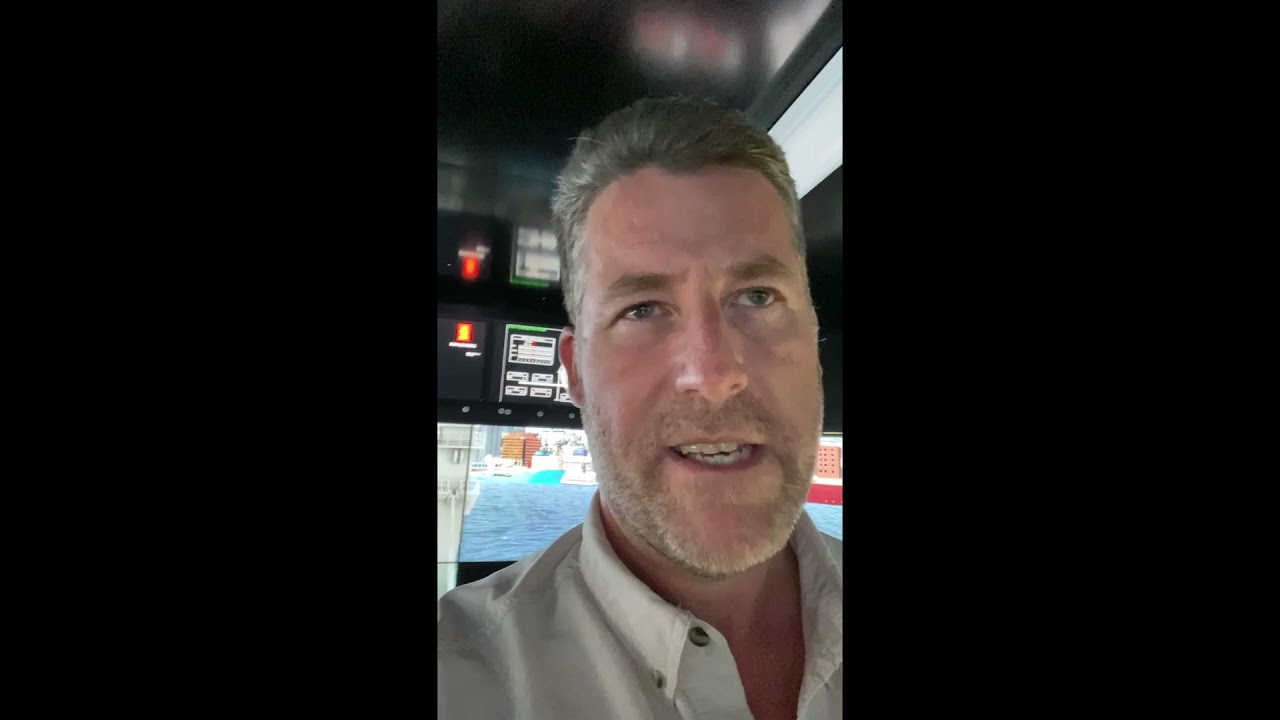 Captain Chris Hearn, Director of the Centre for Marine Simulation 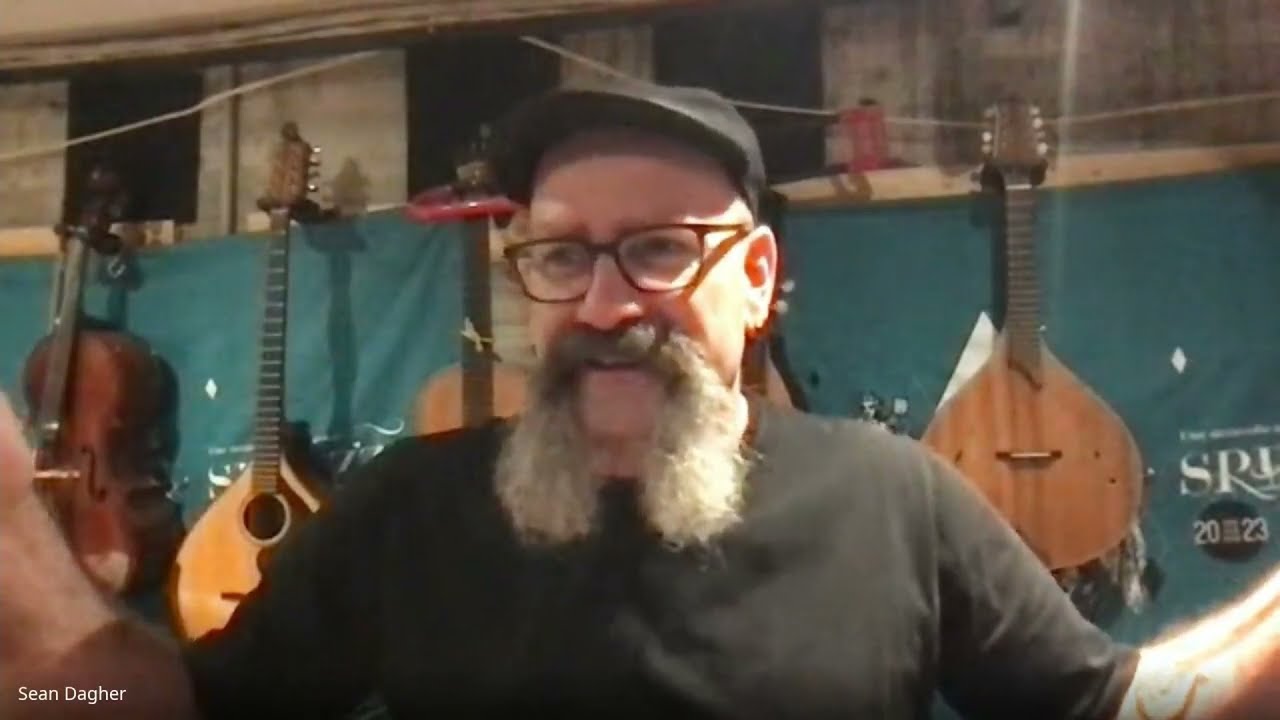 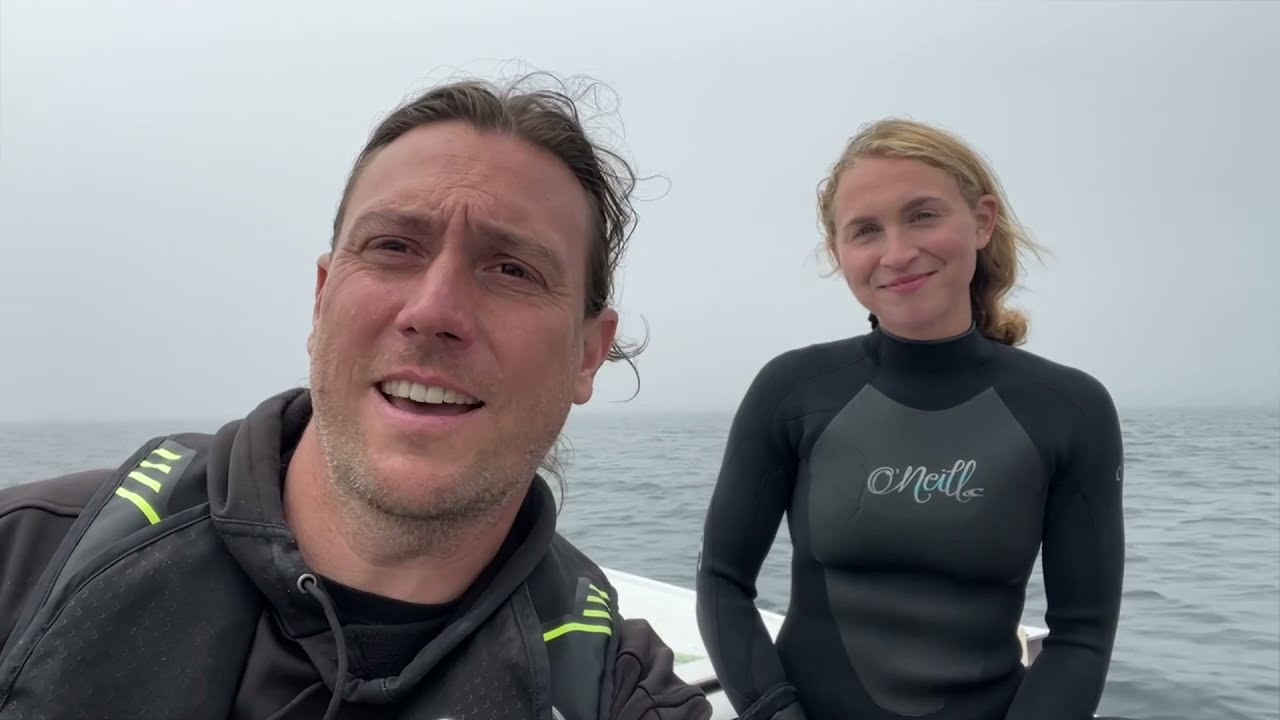 Joshua works at Sensor Technology in Dartmouth, Nova Scotia as a Mechanical Engineer. His role involves testing acoustic transducers and hydrophones as well as quality inspection of production components and materials. He studied and graduated from Dalhousie University in 2020.

Join us on October 13th at 1pm EST for our first session of Full Steam Ahead 2021 in partnership with COVE! Youth will virtually “go to work” with Joshua Awe and enjoy a musical session with Ian Bell.

Ian Bell has performed across Canada and in the United States since the late 1970s On his own and with a number of different ensembles, he has appeared at numerous folk festivals (Winnipeg, Mariposa, Edmonton, Ottawa, Yellowknife, Owen Sound, Lunenberg , Montmagny, and others) and in concerts and dances in venues ranging from The Lincoln Center to the finest Ontario barns.

Over the years, Ian Bell was a regular visitor to many CBC programs including Ideas, Gabereau, Crossroads, This Morning, and Radio Noon. He also appeared numerous times on Peter Gzowski’s Morningside.

Todd is an award-winning Canadian photographer and Divemaster whose images have been recognized and awarded in numerous international competitions!

Captain Christopher Hearn began his career after graduating from the Marine Institute’s Nautical Science Program in 1994. He quickly moved his way through the marine ranks and certification to Master Mariner and obtained command of several types of vessels in the deep sea and subsea sectors.

Captain Hearn returned to the Marine Institute in 2008 as the Director of the Centre for Marine Simulation. The Centre is the largest and most comprehensive marine simulation facility in North America and covers an entire range of training, industrial assistance, and research and development capabilities through the use of simulation technology. CMS’s particular areas of expertise include the modeling and simulation of harsh maritime environments, human performance in moving environments, simulation of offshore oil and gas operations, and port design evaluation and maritime operational risk analysis.

Seán Dagher is an active performer, arranger, and composer of music from various classical and folk music traditions: Celtic, Baroque, Medieval, Arabic, Quebecois, and Maritime. He is artistic director and principal arranger of Skye Consort and is a member of La Nef’s Artistic Committee. Seán often provides arrangements for other ensembles and artists, including La Mandragore, Pierre Lapointe, Shannon Mercer, I Furiosi, Les Voix Baroques, and Les Voix Humaines. His music has been performed across Canada and the United States. Seán has recorded sea shanties and tavern songs for several video game sound-tracks in the Assassin’s Creed series, by Ubisoft. He has also performed and toured with the Orchestre Symphonique de Montréal under Maestro Kent Nagano.

Seán has worked with the Festival du Monde Arabe creating shows of Middle Eastern and North African music. He has arranged and composed music for audio books with story-teller and musician Suzanne De Serres, Youth Program Director for La Nef, and for American author Sandra Gulland. Seán has also been a composer and sound designer for several theatre productions. Seán has been nominated for numerous ADISQ and Opus awards and won prizes with La Nef and Les Charbonniers de l’Enfer for their concert and CD La Traverse Miraculeuse, with La Mandragore for the concert Convivencia, wand with La Nef for the creation of Leave her, Johnny. Despite all that Seán can frequently be found singing and playing in Irish pubs.

ALLIE FLOWER
Mate & Content Specialist, Luna Sea Solutions
Now a full fledged ocean fanatic, Allie fell in love with the ocean at a young age while working with her father’s whale watching company. She pursued her passion for science at St.FX where she completed a Bachelor of Science while leading the Varsity Track Team. After graduation, Allie was a part of a 4-man crew in 2019-20 that sailed to the Bahamas from Nova Scotia on a four month voyage. She has since spent most of her time on the water which has pushed her to pursue more education in the marine environment and has earned her SVOP* and STCW Basic Safety* in 2020-21, while working as a deck hand lobster fishing on the Nellie Row! Allie is thrilled to join the team to help get the LunaOcean’s App on the map.

GREG TROWSE
President & CEO Luna Sea Solutions
Greg is an oceanographer, professional engineer, and waterman with over 20 years experience including the most recent decade focused on assisting with development of the tidal energy industry in Nova Scotia. He has assisted with deployment and recovery operations for the large OpenHydro turbines in the Minas Passage, but his focus and passion is on community-scale tidal energy initiatives in the outer Bay of Fundy (Grand Passage and Petit Passage). Greg is also a founding director of SOAR, a not-for-profit organization working to advance applied ocean research needed for responsible and sustainable development of ocean industries working with rural coastal communities.