Stories and songs from The Canadian North

Snow, Ice and Muskox Stew — have you ever wondered about what it is like in the North? Join musician David Newland for an online exploration of the Canadian North through stories and songs from his time working for Adventure Canada. David explores his experiences and lessons learned while taking participants on a musical journey through the Northwest Passage and beyond. Dancing is encouraged! 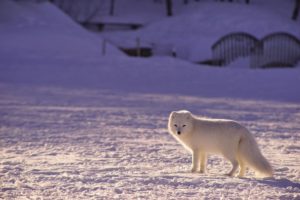